Bernie’s story began when we moved to a small town in Maine back in 2006 and decided we needed a furry friend to add to our family. When it came to selecting the breed of dog we wanted, we had high standards. It was important that the dog would be affectionate and need love in return. We needed a dog that would be great with kids, would be easy to train and would be playful without having so much energy that it were exhausting. We also wanted an animal that would fit in with our personalities by being friendly and sociable, but not overly aggressive. After an online search, we discovered the Bernese Mountain Dog – a dog that met all of our criteria.

It wasn’t long before we’d brought home a Bernese Mountain Dog of our own. We named him Bernie, and it’s not a stretch to say that life was never the same after that. It’s not always easy for a family to start over in a really small town, but having Bernie around changed everything. He was unfailingly supportive, loving and everything you could ever want in a furry companion. When we’d take walks around town, Bernie never needed a leash – he stayed right by our side and explored with us. He even came into work with Amanda, his human mom, on slow days just to be near her. With his sociable personality and ability to bring a smile to anyone’s face, it wasn’t long before Bernie became a hit in the town. He was great with kids, he was a joy to be around and he was a friend to everyone he met. Sadly, we lost our best friend in November of 2012.

Parting with such an amazing dog was deeply difficult. While Amanda realized that no dog could ever take Bernie’s place, she knew she wanted another Bernese Mountain Dog as her next companion. While on a search for the right dog from a respectable and ethical breeder, Amanda began to notice a common theme: because these dogs were so well loved all over the country, all the puppies for sale were adopted almost immediately. Suddenly, everything became clear, and we realized that the best way to truly honor Bernie’s incredible impact was to bring the joy we had experienced to others. We knew that if we could give someone just 5 minutes of the unconditional love Bernie gave us, all of our efforts will be well spent. And that’s how Bernie’s Berners was born.

Why Bring Home a Berner? 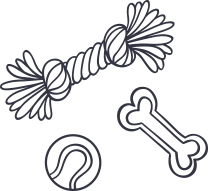 Great With Kids and Families 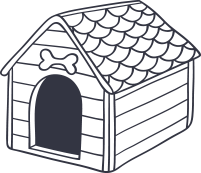